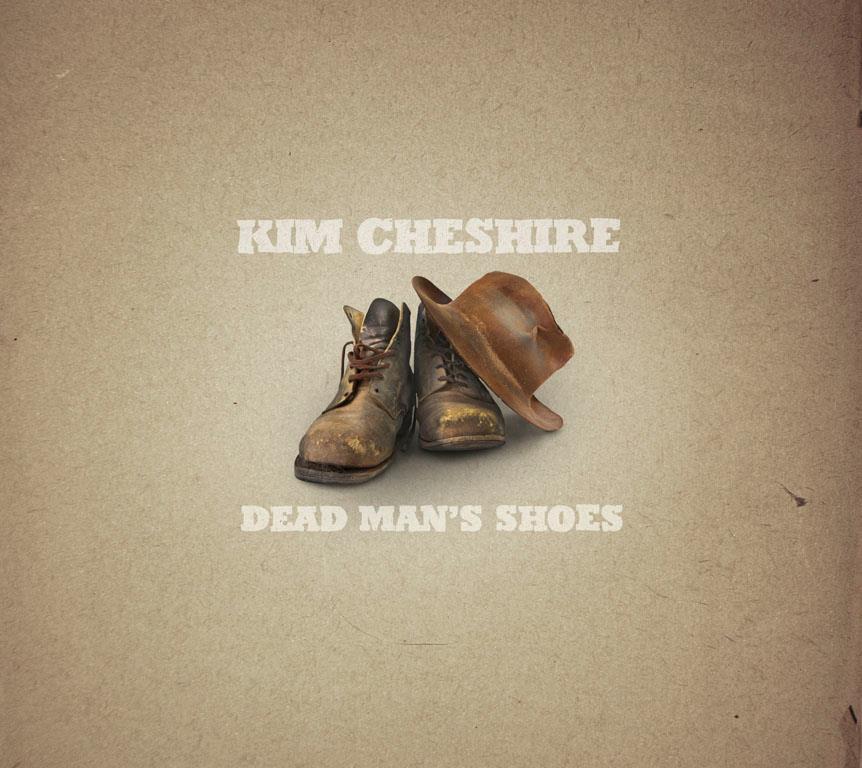 Some albums take a lifetime.

Sure, the credits list specific dates, studio locations, session players. But the words and music, if they’re put together right, speak of every place, every moment, every song, every trial and triumph that came before.

Dead Man’s Shoes is that kind of album. It’s the stunning culmination of one of the most extraordinary untold stories in Australian country music.

Kim Cheshire has been honing his craft as a singer-songwriter since The Beatles were just contenders for Cliff Richard’s crown. From pre-punk London back to his hometown of Kings Lynn, Norfolk, maybe only a few nostalgics will recall his widely travelled country-rock band of the ’70s, Nimbus.

But mention Sydney bar band The Danglin’ Brothers to Paul Kelly, Keith Urban or Jimmy Barnes, or look up The Wheel in Tamworth’s Golden Guitar register, and the backdrop to this remarkable album will start to loom into focus.

“I’ve been a band guy all my life,” says Kim. “When we started doing this album, (producer) Glen Hannah said, ‘Man, you’ve got to make an album that sounds like a solo album. It’s time to draw the listener into your personality. Your lyrics, your voice, your story.’

“I knew what he was saying. It was time to put myself on the line.”

From the mortal manifesto of the title track to the eternal yearning of One Of Life’s Little Mysteries, Dead Man’s Shoes is an album of heartworn sentiments sculpted with the skill of a lifelong craftsman, and sung in the voice of a cherished old friend. These are songs of everyday tragedy and resilience, where the ache of The Great Divide is the inevitable flipside to the redemption of Only Love Knows The Way.

Whether as tenderly emotional as Crossing Over and Billy (once covered by Keith Urban), or as playfully philosophical as Hard Luck Story and Big Boy Now, each is a classic story ringing with beguiling melody, expertly handled acoustic instruments and the unmistakable truth of a life examined with wisdom and humour.

In the true spirit of collaboration, Glen also brought his own guitars and guests to the table, notably Hammond player Clayton Doley and Nashville strings king, Will Kimbrough (Rodney Crowell, Josh Rouse).

The result is an apparently effortless album steeped in empathy, good will, and long roads of mutual experience. For Kim, it’s a sublime act of consolidation after living and breathing music for close to 50 years.

“I feel like I’ve put my heart on the line here and it scares the hell out of me,” he says. “It really is the first time I’ve actually spilled my guts and shown people what I really am, what I really think.

“It’s a combination of my whole life in music and I’m really proud of that. This is how I want to sound and what I want to say. For the first time, this is really me.”